The History of the Riesling Trail

Please help Jon to write the History of the Riesling Trail by filling in the attached form and either email or post to him. Thank you for your assistance.

For thousands of years this region was home to the Ngadjuri, the ‘peppermint gum people’. Their lands extend from Gawler in the south to beyond Carrieton and across to Bimbowrie in the north, to the low saltbush country to the east and the ridges of hills from Clare through Gladstone and Orroroo to the west. The eucalyptus forest area they inhabited was well known for its plentiful supply of animal and plant foods. The Ngadjuri lived in complete harmony with nature, adopting a sustainable approach to the natural resources vital to their survival. 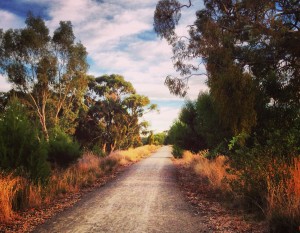 More recent history started when Edward John Eyre passed through the valley in May 1839.  He was highly impressed by the surrounding country.  His report inspired a young John Ainsworth Horrocks to settle in the area.

Horrocks established Hope Farm and later founded Penwortham, the first village north of Gawler.  Other settlers followed.  Edward Gleeson arrived in 1840 to establish a sheep station.  Gleeson laid out the second village in the north but it was not until 1846 that he named the village ‘Clare’ after his native county in Ireland.  In 1845 copper was discovered in Burra.  Some three years later the mining company blazed a trail from Burra to the top of Gulf St. Vincent for the transport of ore.  Several towns sprang up along this route notably Mintaro and Watervale in 1849 and Auburn and Leasingham a year later. 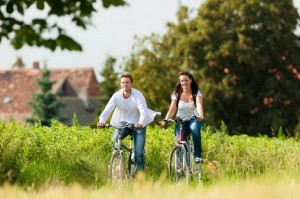 By the late 1800’s the region was developing into the premium wine producing area that it is today.  In 1876, Auburn became the birthplace of C J Dennis, famous for his poem ‘The Sentimental Bloke’, an Australian classic.

In 1918 the region’s railway line was formally opened after many years of lobbying by locals.  The line ultimately stretched from Riverton in the South to Spalding in the North – a distance of approximately 86 kilometres.  Soon after the closure of the line in 1984 moves were made to save it as a tourist attraction, but to no avail.  The track was dismantled in 1989 and 13,000 tonnes of the old steel lines went to Bundaberg and Cairns in Queensland to be used for extensions to sugarcane tracks. The old sleepers (120,000 of them) went to Melbourne, to be sold for use in landscaping. 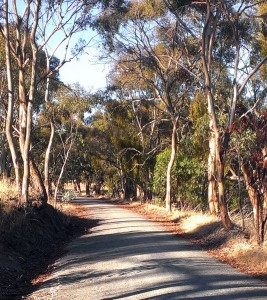 In the late 1980’s the vision of two Clare Valley winemakers, Tony Brady and Evan Hiscock, planted the seeds from which the Riesling Trail has grown.  The Clare Valley is one of Australia’s premium wine producing areas, internationally renowned for the quality of the Riesling wines it produces.  It is the region’s reputation for Riesling which inspired the naming of the Trail.

A meander through 20 years of History by Graham Mill, past Chairman of the Riesling Trail.

Graham was recently a special guest at the AGM and this is the account he gave of the beginning of the Riesling Trail please click here for his speech. 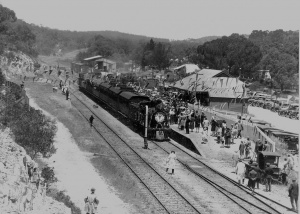 The arrival of the ‘Back to Clare’ train at the station at the top of Lennon Street.

Riding Trails are often referred to as “Rail Trails” because that’s what they were for many years until the trains ceased and the tracks were pulled up, converting the passages into walking/riding/cycling tracks, now known as the Riesling Trail.