Great publicity for, not only the Riesling Trail but also some of our Business Partners and Business Friends. 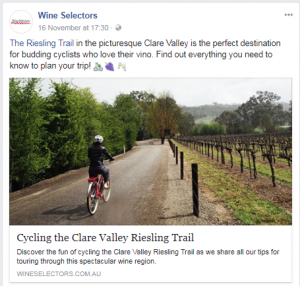 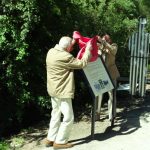 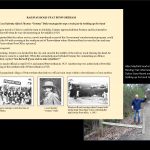 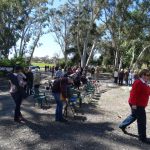 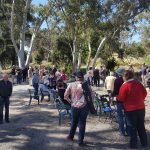 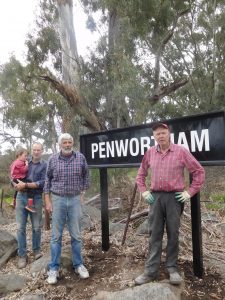 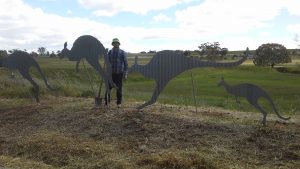 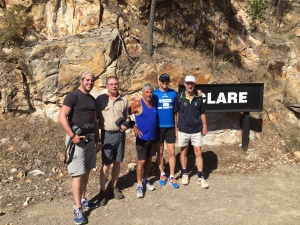 Go to www.sarrc.asn.au for more information and to enter online. 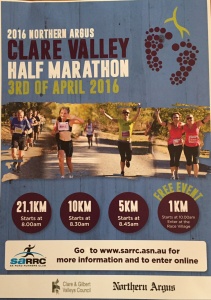 Gary Sims and Mark Hill inspect a section of the Riesling Trail that has worn down to the base rock. A grant from the Office of Recreation and Sport will fund the resurfacing of the trail, which has gradually eroded over its 20 years by rain, wind and thousands of feet and bicycle tyres. 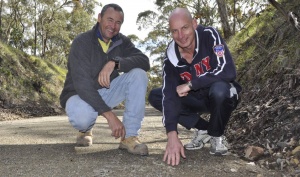 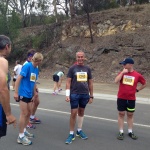 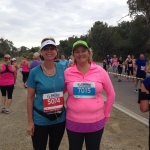 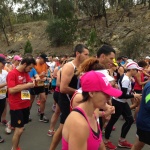 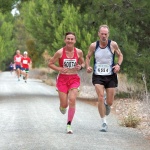 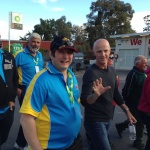 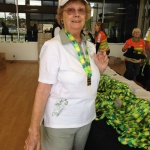 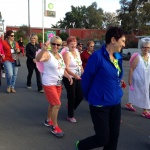 Opening March of Athletes to the Main Street 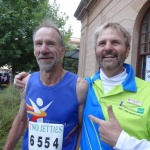 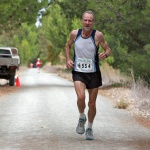 Experiencing the highs of a walk along the Riesling Trail are Chairman of the Riesling Trail, Allan Mayfield, with Apex members Nedd Golding [National President] and Nathan Skinner, and Pepsi, Nathan’s beautiful dog.

Walkers, runners and cyclists will know when they have reached the pinnacle of an outing along the Riesling Trail, thanks to the latest interpretive sign. The marker, is about nine kilometres south of Clare, indicates the Trail’s highest point. 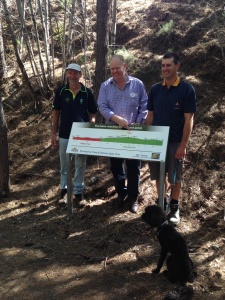